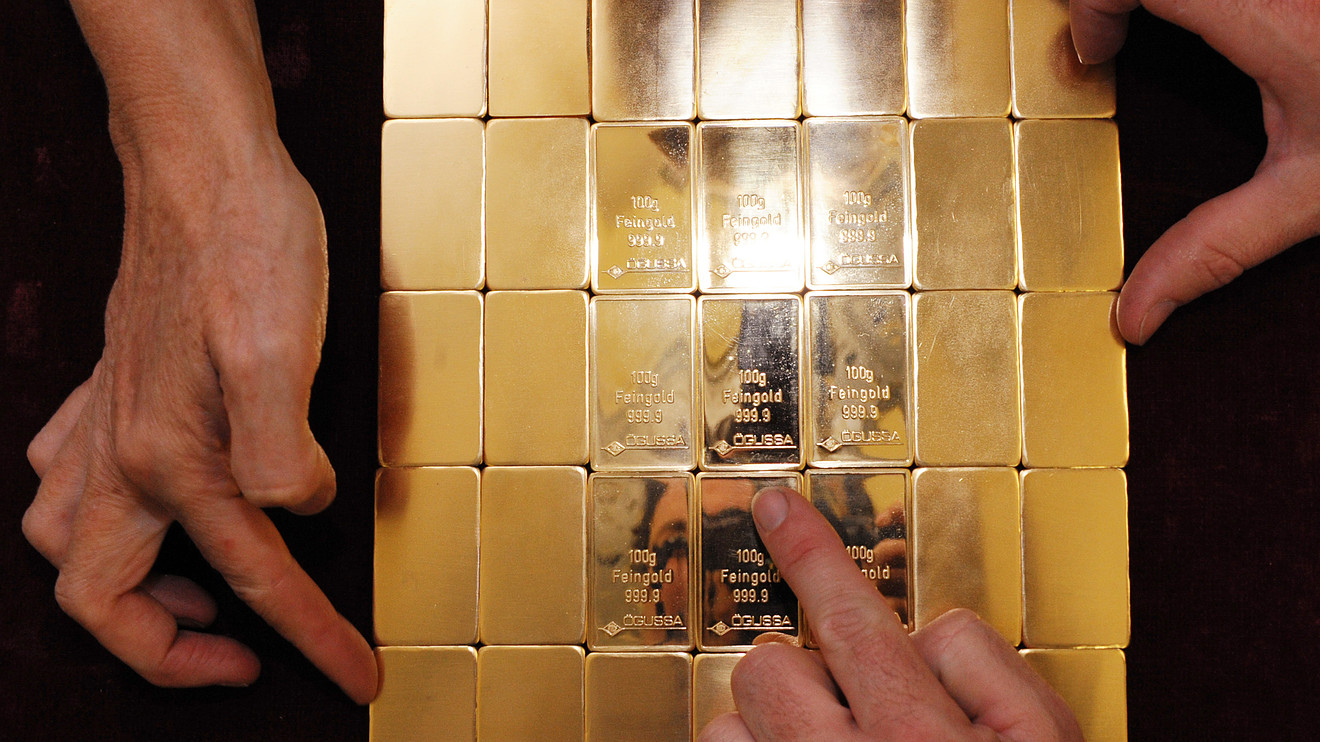 Gold investors dithered on Tuesday, sending futures prices lower then higher in a narrow intraday range, as global investors piled back into riskier assets after comments out of China soothed trade-war fears.

The ICE U.S. Dollar Index DXY, -0.17{0924d633e8c16c158b43769ebd2a87fc4b662f9b138fe4fa5786a4522986a3c7} which measures the greenback against six major rivals, did extend its decline as morning trading progressed, last quoted at 89.61, which helped to push gold a touch higher. A weaker dollar can make U.S.-priced commodities, including gold, more attractive to buyers using other currencies, and vice versa.

Still, stock trading was the primary mood-setter. A global equity rally followed Chinese President Xi’s pledge at the Boao Forum that Beijing is developing plans to give foreign companies greater access to financial and manufacturing sectors. These include a cut in tariffs on car imports and an improvement in protection of intellectual property, among other measures.

Xi “calmed the nerves of investors regarding any further escalation in the U.S.-China trade spat,” Hadjikyriacos said. “Xi pledged to open up China’s economy further, to lower import tariffs and to strengthen intellectual property protection. Perhaps most importantly, he avoided any provocative comments about trade and protectionism, all of which helped risk sentiment to recover as the probability of a full-blown trade war was seen as declining.”

The Trump administration has threatened tariffs on up to $150 billion of Chinese products, which Beijing has answered with levies of its own and vows to not yield to U.S. pressure.

But geopolitical uncertainty is generally keeping a floor under range-bound gold. For one, the U.S. is preparing for a possible military strike against Syrian President Bashar al-Assad over a suspected chemical-weapons attack that killed civilians. “It will be met, and it will be met forcefully—when, I will not say,” Trump said Monday evening, ahead of a meeting with senior military leaders.

Read: Mark Cuban says he hates gold as an investment ‘with extreme prejudice’

Gold prices were little changed and stock futures remained higher after a report showed that wholesale-level inflation edged higher for a third month in a row, a reading that likely keeps modest interest-rate tightening by the Federal Reserve in the cards for 2018. A report on February wholesale inventories is expected at 10 a.m. Eastern.

Read: The economy is fine now, but watch out for 2020, top economist says

“Gold is bouncing up against resistance once again at the $1,339 area,” said Peter Hug, global trading director with Kitco Metals. A close above that line puts $1,355 next in play, he said, with near-term support pegged at $1,332.